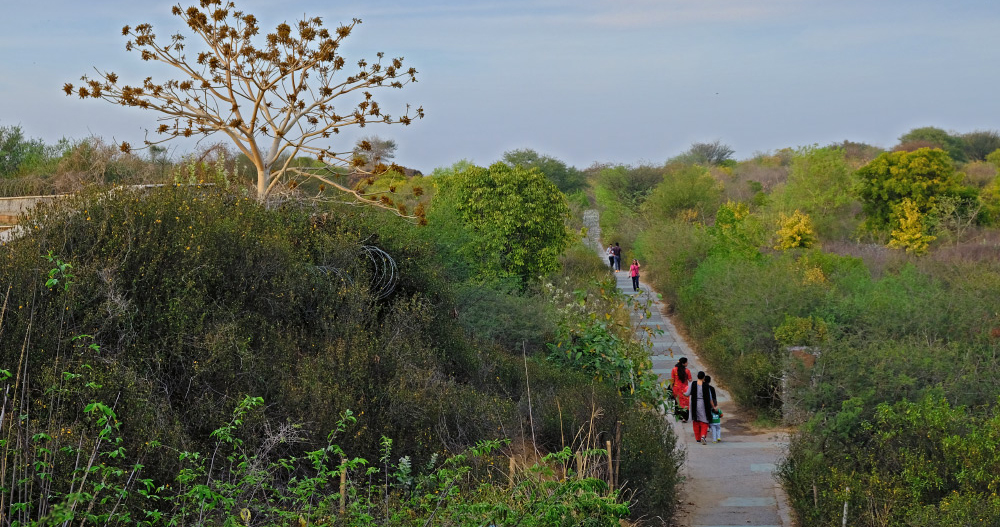 India is one of the 10 most forest-rich countries and also one of the 17 mega biodiverse regions of the world. We depend on forests for our survival, from the air we breathe to the wood we use. Besides providing habitats for animals and livelihoods for humans, forests also offer watershed protection, prevent soil erosion, and mitigate climate change.But in the past few centuries, with the exponential increase in the population, the demand for resources derived from forests has also increased in a likewise fashion.

The forest cover in Gurugram District has been recorded at 9.2% of its geographical area, with 33.7 sq. km as moderately dense forest, 82.5 sq. km as open forest and 17 sq. km of scrubland.

In 2017, the moderately dense forest was recorded at 34 square km, open forest at 83 square kilometers and scrub at 17 sq. km.

Aravallis are acting as the only green lungs for the region. Therefore, protection, management, and conservation of Aravallis in the region are vital for the ecological and environmental sustainability of the region. As Aravallis are ecologically very significant and form the catchments of rivers and nallas that originate from the hills and irrigate the plains.

To increase the forest cover and to maintain the Biodiversity of the Aravalli hills in the Gurugram district by Intensive Afforestation and by developing pockets of Biodiversity zone in the form of Biodiversity Park and Urban City Forest in the district.